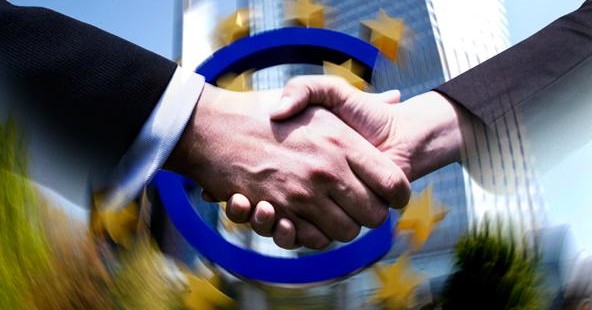 It did not take long for the euroskeptics and lemmings to re-emerge in Europe. In a matter of days after the Group of 8 industrial nations met to pledge growth as the Continent’s “imperative,” we now seem to be a hair’s breadth away from a bank run in Greece or Spain, a Greek exit from the euro, a large-scale abandonment of the currency among investors, or a catastrophic political turn among leaders in Athens.

None of the panic now mounting in the financial markets is necessary. It is a stampede mentality, with too few people doing too little thinking.

Keeping Greece in the euro, stabilizing the currency, developing long-term growth and fiscal stability plans, and avoiding a liquidity crisis among European banks are all as possible now as they seemed after the G–8 session. Fear is Europe’s biggest problem, because as we all know, prophesies can be self-fulfilling. Managing the panic is now the EU’s most pressing chore.

It has been a week full of news. German Chancellor Angela Merkel, fresh from the “growth über alles” summit of G–8 leaders, dug in her heels once again on the question ofcommonly issued eurobonds as soon as the International Monetary Fund and the Organization for Cooperation and Development announced that they favored such burden-sharing measures. At this point Germany stands more or less in a coalition of one.

It was then announced that Brussels was starting toelaborate contingency plans for a Greek exit from the euro. Large investment managers began to acknowledge they are dumping euro-denominated assets, and at the end of the week the currency hit a two-year low against the American dollar. For good measure, some big investment houses are effectively making book on a Greek exit: Morgan Stanley now puts the odds of a “Grexit” at 35 percent; Banca Monte dei Siena, an Italian institution, puts the chances above 50 percent.

We are closer to a second European recession now than we were a week ago. But there is another way to read all this. Anyone with a sober reaction to the G–8 gathering would have known there was a stony path ahead. The point at Camp David, where the G–8 met, was simply to signal that European officials are willing to walk it.

Consider Angela Merkel. Political isolation within the EU is not a defensible position for the Germans in the long term. Everyone knows that commonly issued bonds are an essential part of the European fix. Mrs. Merkel is holding out to curry favor with her domestic constituents, and to get the best terms out of the EU before she capitulates to a compromise.

Then there is Brussels. Contingency plans are just that and no more. They are not forecasts; they are not expressions of expectation. They are what responsible institutions develop to cover all possible outcomes in a given circumstance. Anyone who reads the EU’s recent contingency plans as a sign of what Brussels expects in Greece has the wrong take altogether.

Stripped of the panic element, the E.U. is proceeding well enough at the moment. You have to remember that the election of François Hollande as France’s pro-growth president was a jarring game-changer for austerity-oriented Europe. We are now simply in an interim phase between Hollande’s election and a summit of EU leaders due to be held in June. That summit presents itself as a deadline for getting a europlan in place.

Some private sector strategists are coming up with interesting ideas. Jim O’Neill, chairman of asset management at Goldman Sachs, proposes (1) greater political union among EU members: “They need to start being truly as European as they claim,” (2) a future commitment to Eurobonds that will not antagonize Germany because they would be tied to fiscal sustainability, and (3) a plan to refinance troubled European banks via the European Stability Mechanism.

One of the most interesting conversations to listen to now is in Athens. There is no clear front-runner in the elections scheduled for June 17. The leading left party, Syriza, did much to create the current climate of uncertainty in Europe by insisting that it would abandon the bailout agreement Greece reached with the E.U. earlier this year.

But the most recent polls give pro-bailout parties a slight lead. The political thermometer: Greeks are rethinking their options and reconsidering whether walking away from the bailout and dropping the euro will be the picnic they had thought.

Considering the last week and where we stand this Monday morning, Europeans should understand that they have to play for time now. Long-term strategies are beginning to take shape; they are needed. But some short-term measures have to be devised and taken—and before the summit coming up in June.

← Will Germany Swallow Inflation to Save the EU?
EU Crisis: How to Avert a Global Economic Depression →