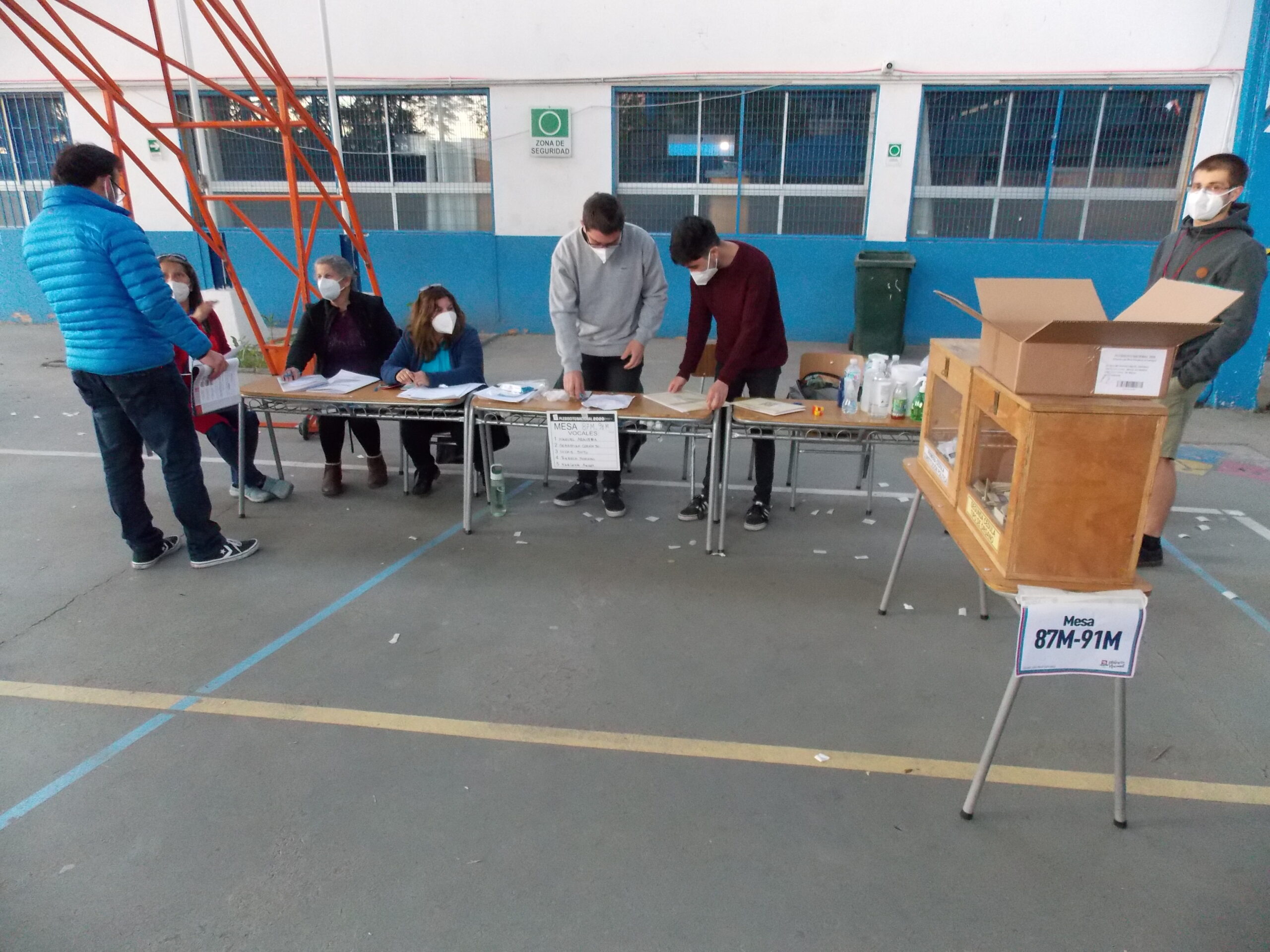 The election of Luis Arce in Bolivia last month has been much celebrated in circles where people of humane good will gather. This is as it should be: Arce was economics and finance minister in the socialist government of Evo Morales and was the violently deposed president’s chosen successor to lead his Movimiento al Socialismo, MAS.

Arce’s victory, by a thumping 52-percent to 31-percent, reversed one of the bolder and nastier of the many right-wing coups in Latin America the U.S. has led, cultivated, fomented, instigated, what-have-you since the early decades of the last century. And a defeat for the foreign policy cliques in Washington, pitiful as it is to say, is more or less always an excellent thing.

Arce’s conservative opponent, Carlos Mesa, was gracious enough to concede on the basis of exit polls alone. And the State Department, preposterously enough, had the nerve to send Arce a congratulatory message under the signature of Secretary of State Mike Pompeo, our globe-traveling coupmeister.

But is this postscript or preface? We had better think this through, and “think with history,” to borrow a phrase from Carl Schorske, the late and wonderful Princeton historian. There is a long, long story behind the Morales coup and the MAS comeback. It is not a nice story, reflecting shamefully on the U.S. and the indifference of its consumers (who used to be citizens). We have little reason to think this story is now over.

Already we read of counterrevolution. Camila Escalante, teleSUR’s La Paz correspondent, reported last Thursday that the nation’s Unity Pact, an alliance of labor, indigenous, and women’s groups, declared an unofficial state of emergency in response to apparently widespread calls for another coup, this one even before Arce’s Nov. 8 inauguration.

Not unrelated to this, we now have reports that over the weekend the U.S. ended a sanctions exemption allowing third-party shipments of diesel fuel to Venezuela on humanitarian grounds. While this move remains to be confirmed, it has been planned at least since last summer, when an end–October deadline was first reported. When it comes, it will be another bludgeon to the heads of Venezuelan people.

It is an important moment to consider these two nations, one having turned back a coup and the other facing protracted efforts to depose its president every day. Over the next year decisive elections are due in Ecuador (February 2021), Peru (April), and Chile (next November). Social democratic candidates are leading contenders in all three cases.

There is talk now of another “pink tide” rolling across Latin America. The first rose in the early 2000s, only to be lost in a U.S.–cultivated turn back to abusive neoliberal economic regimes that served multinationals’ profits and corrupt compradores while leaving ordinary citizens in a state of destitution or something close to it.

Arce’s victory has lifted the continent’s eyes once again. Argentine President Alberto Fernández, who has given Morales sanctuary since last year’s coup, praised Morales as well as Arce. So did Luis Ignácio da Silva, “Lula,” the Brazilian president who epitomized the pink tide (and who was deposed in 2010 for his efforts).

As a measure of the mood at street level, Chileans voted in a referendum late last month  to ditch the constitution promulgated under the Pinochet dictatorship so they can write one that reflects who they are in the 21st century. Bravo for the 78 percent vote in favor. Even better if they had a statue of Henry Kissinger to pull down and throw into the Pacific.

The gang’s all here, and good enough. But let us not consider Arce’s victory, or the promising electoral prospects elsewhere in Latin America, through tinted glasses, rose or pink. One is certain none of the leaders just cited wear any such thing. One is certain they all know the long story of their kind, and the lessons therein. Let us consider these.

I have long cultivated an interest in “the independence era,” those post–World War II decades when scores of new nations came into being, each bursting with aspiration. There was something admirably elevated in the charismatic leaders of this time — Nehru, Nasser, N’krumah, Nyerere (the four N’s) — along with Sukarno, Lumumba, Árbenz, Mossadegh. There were others. These larger-than-life figures expressed ideals only a cretin could fail to admire: parity among nations, nonalignment, the raising-up of their people, national resources to the benefit of those who rightfully own them, one or another form of social democracy.

It took time, but America’s postwar binge of coups, assassinations, and with-us-or-against-us ultimatums eventually suppressed these aspirations and ideals.

Lesson No. 1: If there is one thing the U.S. fears more than any Communist “threat,” it is a working social democracy that will attract other nations to follow in the same path.

Suppressed as against extinguished: It was precisely the inspired vision shared by the postwar leaders just noted that resurfaced once the Cold War’s destructive polarities finally slipped into irrelevance. Lula, Morales and now Arce, Hugo Chávez and now Maduro, Mexico’s Andrés Manuel López Obrador, all those leftist contenders in the coming year’s elections: These are the descendants of the independence era’s giants. They stand for the same things.

Lesson No. 2: In all likelihood they face the same vicious resistance and subterfuge from the U.S. This is especially so in the Latin American case: If there is one thing Washington cannot abide more than a working social democracy, it is a working social democracy in Latin America. Ask the Cubans, or the Nicaraguans, or (further back) the Argentines, Chileans, or Guatemalans.

Back in 2013, when he was Barack Obama’s secretary of state, John Kerry grandly declared in an address to the OAS, delivered in Rio de Janeiro, “The era of the Monroe Doctrine is over.” No more gruesome interventions, in other words. We norteamericanos are about “mutual partnerships” now. With Honduras, Venezuela, Nicaragua, and Bolivia in mind, one has to wonder whether Latin Americans laughed or did the other thing.

Now we have the congenitally untruthful Joe Biden weighing in.

A draft foreign policy provided last July to The Intercept, where inordinately strong pro–Biden sentiments compel it to censor all criticism of the Democratic candidate, promises an end to our coup culture — “regime change” the common euphemism — and “endless wars.”

Late last month Jake Sullivan, Hillary Clinton’s deputy chief of staff during her time as Kerry’s predecessor at State and now a heavyweight in Biden’s foreign policy team, had this to say about Central America, where U.S. policy has had its bloodiest consequences over the postwar decades: “The vice-president fundamentally believes that the United States should be operating in mutual respect and a sense of shared responsibility.”

There is too much history weighing on our moment for any of this to prove out. So long as there’s an empire, it simply can’t.

The remarkable thing about these people, after all the U.S. has done and all that lies before us now, is that they still expect others to take seriously the old America-the-good pabulum.

One hopes Luis Arce does not. Nicolás Maduro can’t possibly. As for those new-pink-tide candidates out on the hustings in Ecuador, Peru, and Chile, one hopes they will sprint the distance and win, win, win — and then brace for the other contests likely to come.

← THE REVELATIONS OF WIKILEAKS: No. 9—Opening the CIA’s Vault
AFTER A RIGHT WING COUP, SOCIAL DEMOCRACY MAKES A COMEBACK →