The U.S. is going for the jugular with new Iran sanctions intended to punish those who trade with Teheran. But the U.S. may have a fight on its hands in a possible post- WWII turning-point, writes Patrick Lawrence.

Europe, Asia May Rebel Against US Penalties

The next step in the Trump administration’s “maximum pressure” campaign against Iran comes this Sunday, Nov. 4, when the most severe sanctions will be imposed on the Islamic Republic. Crucially, they apply not only to Iran but to anyone who continues to do business with it.

It’s not yet clear how disruptive this move will be. While the U.S. intention is to isolate Iran, it is the U.S. that could wind up being more isolated. It depends on the rest of the world’s reaction, and especially Europe’s.

The issue is so fraught that disputes over how to apply the new sanctions have even divided Trump administration officials.

The administration is going for the jugular this time. It wants to force Iranian exports of oil and petrochemical products down to as close to zero as possible. As the measures are now written, they also exclude Iran from the global interbank system known as SWIFT.

In August the U.S. barred Iran’s purchases of U.S.-dollar denominated American and foreign company aircraft and auto parts. Since then the Iranian rial has crashed to record lows and inflation has risen above 30 percent.

Revoking Iran’s SWIFT privileges will effectively cut the nation out of the dollar-denominated global economy. But there are moves afoot, especially by China and Russia, to move away from a dollar-based economy.

The SWIFT issue has caused infighting in the administration between Treasury Secretary Mnuchin and John Bolton, Trump’s national security adviser who is among the most vigorous Iran hawks in the White House. Mnuchin might win a temporary delay or exclusions for a few Iranian financial institutions, but probably not much more.

On Sunday, the second round of sanctions will kick in since Trump withdrew the U.S. from the 2015 Obama administration-backed, nuclear agreement, which lifted sanctions on Iran in exchange for stringent controls on its nuclear program. The International Atomic Energy Agency has repeatedly certified that the deal is working and the other signatories—Britain, China, France, Germany and Russia have not pulled out and have resumed trading with Iran. China and Russia have already said they will ignore American threats to sanction it for continuing economic relations with Iran. The key question is what will America’s European allies do?

Europe has been unsettled since Trump withdrew in May from the nuclear accord. The European Union is developing a trading mechanism to get around U.S. sanctions. Known as a Special Purpose Vehicle, it would allow European companies to use a barter system similar to how Western Europe traded with the Soviet Union during the Cold War. 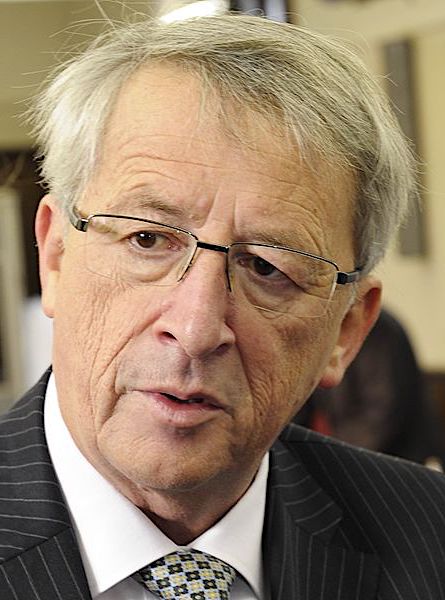 EU officials have also been lobbying to preserve Iran’s access to global interbank operations by excluding the revocation of SWIFT privileges from Trump’s list of sanctions. They count Mnuchin,who is eager to preserve U.S. influence in the global trading system, among their allies. Some European officials, including Jean-Claude Juncker, president of the European Commission, propose making the euro a global trading currency to compete with the dollar.

Except for Charles de Gaulle briefly pulling France out of NATO in 1967 and Germany and France voting on the UN Security Council against the U.S. invading Iraq in 2003, European nations have been subordinate to the U.S. since the end of the Second World War.

The big European oil companies, unwilling to risk the threat of U.S. sanctions, have already signaled they intend to ignore the EU’s new trade mechanism. Total SA, the French petroleum company and one of Europe’s biggest, pulled out of its Iran operations several months ago.

Earlier this month a U.S. official confidently predicted there would be little demand among European corporations for the proposed barter mechanism.

Whether Europe succeeds in efforts to defy the U.S. on Iran is nearly beside the point from a long-term perspective. Trans-Atlantic damage has already been done. A rift that began to widen during the Obama administration seems about to get wider still.

Asian nations are also exhibiting resistance to the impending U.S. sanctions. It is unlikely they could absorb all the exports Iran will lose after Nov. 4, but they could make a significant difference. China, India, and South Korea are the first, second, and third-largest importers of Iranian crude; Japan is sixth. Asian nations may also try to work around the U.S. sanctions regime after Nov. 4.

India is considering purchases of Iranian crude via a barter system or denominating transactions in rupees. China, having already said it would ignore the U.S. threat, would like nothing better than to expand yuan-denominated oil trading, and this is not a hard call: It is in a protracted trade war with the U.S., and an oil-futures market launched in Shanghai last spring already claims roughly 14 percent of the global market for “front-month” futures—contracts covering shipments closest to delivery. 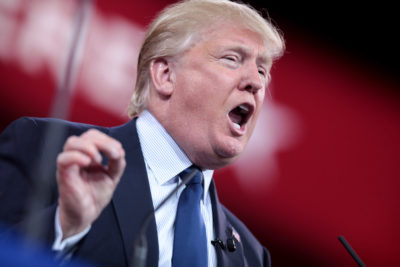 As with most of the Trump administration’s foreign policies, we won’t know how the new sanctions will work until they are introduced. There could be waivers for nations such as India; Japan is on record asking for one. The E.U.’s Special Purpose Vehicle could prove at least a modest success at best, but this remains uncertain. Nobody is sure who will win the administration’s internal argument over SWIFT.

Long-term Consequences for the U.S.

The de-dollarization of the global economy is gradually gathering momentum. The orthodox wisdom in the markets has long been that competition with the dollar from other currencies will eventually prove a reality, but it will not be one to arrive in our lifetimes. But with European and Asian reactions to the imminent sanctions against Iran it could come sooner than previously thought.

The coalescing of emerging powers into a non-Western alliance —most significantly China, Russia, India, and Iran—starts to look like another medium-term reality. This is driven by practical rather than ideological considerations, and the U.S. could not do more to encourage this if it tried. When Washington withdrew from the Iran accord, Moscow and Beijing immediately pledged to support Tehran by staying with its terms.If the U.S. meets significant resistance, especially from its allies, it could be a turning-point in post-Word War II U.S. dominance.

All this is intended to force Iran back to the negotiating table for a rewrite of what Trump often calls “the worst deal ever.” Tehran has made it clear countless times it has no intention of reopening the pact, given that it has consistently adhered to its terms and that the other signatories to the deal are still abiding by it.

The U.S. may be drastically overplaying its hand and could pay the price with additional international isolation that has worsened since Trump took office.

Washington has been on a sanctions binge for years. Those about to take effect seem recklessly broad. This time, the U.S. risks lasting alienation even from those allies that have traditionally been its closest.