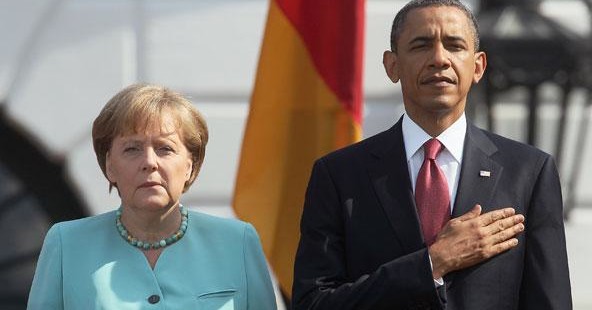 The continuing fallout from Japan’s Fukushima nuclear disaster has taken us well beyond disrupted supply chains. Case in point: Chancellor Angela Merkel’s just-announced decision to turn Germany into a nuclear-free economy within a decade. The move by Merkel, who is meeting with President Obama in Washington today, is a stunning display of political leadership and a thoughtful acknowledgment that the time has come to stop talkingabout alternative energy and begin developing it in earnest.

The boldness of the Merkel initiative is startling given that nuclear plants now account for not quite a quarter of Germany’s power portfolio. Merkel’s plan, disclosed a week ago, is to decommission all 17 of Germany’s reactors by 2022. She wants renewable energy—wind, solar, hydro, and similar technologies—to advance from a 17 percent contribution to the national power grid now to 35 percent  by the end of this decade and to 80 percent by mid-century. In a stroke, the world’s fourth-largest economy has made itself a leader in alternative energy policies and the first set to go entirely off the nuclear circuit.

That’s food for thought—especially for America, which as yet has no serious policy for the promotion of renewable resources on a meaningful scale (and which seems perfectly happy to consider more nukes, not fewer or none).

The first thing skeptics say about Merkel’s move is that it is heavily political. Some 70 percent of Germans oppose nuclear-generated power. The day of the Fukushima disaster, a quarter of a million people staged anti-nuke demonstrations across the country and the Greens took an election in the state of Baden-Würtemberg, a conservative stronghold since World War II. The Greens now have a state premier for the first time in German history.

Of course, Merkel has politics on her mind—not that there’s anything wrong with that. What we are witnessing in Germany is a political culture in which leaders are willing to cross the aisle to reflect the popular will. But isn’t that what politicians are supposed to do? If America’s pols were more genuinely political and less cravenly ideological, the country would now enjoy nationalized health care and would not be fighting two wars.

It is all the more interesting that Merkel is the one to set this policy in motion. A career-long member of the Christian Democratic Union, she has impeccable conservativecredentials and has thus achieved a kind of Nixon-in-China effect. Somehow, you have a touch more faith that Germany will stick to its new commitments because a center-right chancellor has put them in place.

The markets seem to think so, too. Shares in EWE and Eon, Germany’s two big nuclear-power generators, took a heavy hit on the day of Merkel’s announcement. Correspondingly, European-wide share in companies such as SolarWorld (German), Vestas Wind Systems (Danish), and Renewable Energy Group (Norwegian) bounced up 3 percent to 8 percent on the session. Others went still higher.

Doubters point out that this is not the first time Germany has tried this route. When Gerhard Schröder was chancellor 11 years ago, his Social Democratic government, in a coalition with the Greens, set the same no-nukes target—and on the same schedule. Merkel herself reversed the Schröder policy just last year.

Nonetheless, the markets speak more convincingly than the nay-sayers. For one thing, Germany’s CO2 emissions are already down to half of America’s on a per capita basis. For another, its 17 reactors compare with 104 in the U.S. There is a fits-and-starts dimension to the German policy, yes, but the direction across Europe is clear. The Swedes, too, have declared a no-nukes goal (although they have been backsliding in the face of global warming evidence). The Swiss have a similar policy in place, with a target date that is less ambitious by a decade.

A lot of countries have sent their nuclear-power policies in for review since theFukushima calamity. But it now looks as if the Europe that is supposedly the Western world’s laggard has, once again, seized an initiative. Merkel herself has not missed this. “This path sets out a great challenge for Germany,” she said as she announced the no-nukes policy. “We can be the first industrial country to make the transition into an age of highly efficient and renewable energy.”

Merkel’s nuclear decision was not made on the basis of profits or market preferences or corporate lobbies or monetary costs. (Some argue that German electricity prices will inevitably rise in a nuke-free economy.) It was made because it is what Germans want and is the right thing to do. Post-Three Mile Island, post-Chernobyl, and now post-Fukushima, a conservative European has acknowledged that nuclear power is simply not a technology that humanity has sufficiently mastered. There are more sensible ways to address our energy predicaments.