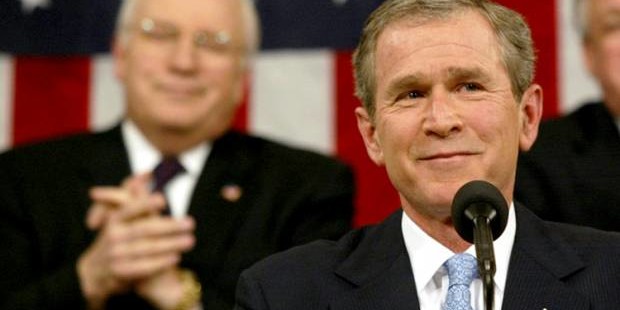 Have we forgotten Judith Miller already? Or Colin Powell at the U.N.? Before attacking Syria, let’s know the truth

As of this writing, early Thursday morning, some Syrians are scheduled to pay with their lives for America’s “credibility.” The bombarding of an already war-ravaged country is acknowledged as “symbolic,” intended simply to “send a message.” This is an obscenity as great as the one Washington purports to answer. Another Middle Eastern society will come further unstitched, and those doing the unstitching will have nothing on offer to replace it.

The U.S. long ago squandered what credibility it may once have enjoyed or desired in the Mideast. If credibility were the cause, Washington need do no more than start dismantling the Potemkin village it has made of the principles it tediously mouths.But this thought goes nowhere these days.

And so the U.S. stalks into another war in the Middle East. Unlike the Iraq and Afghanistan wars—American works of art, both—the conflict in Syria is somebody else’s canvas. But apart from this, the similarities among these three instances of Washington’s wanton hostility toward uncompliant regimes are astonishingly similar.

Make that tragically similar. History proceeds, we Americans insist on the virtue of ignorance, on learning nothing and knowing nothing. And what we are about to get is what we get, predictably and always. We are a singular people, no question. Maybe even exceptional.

As of these hours, the Obama administration is on the record as rejecting any deliberations the U.N. may judge just. On Wednesday evening, British Prime Minister David Cameron gave in to Labour Party objections to his support for Washington’s invasion plans. Britain now wants to see a U.N. report on the alleged chemical attacks from weapons instructors, and to give the Security Council process more time.

But listen closely to President Obama speaking Wednesday on PBS’ “Newshour” and it is clear the U.S. could go it alone against the Syrian regime if need be. “We’re prepared to work with anybody – the Russians and others – to try to bring the parties together to resolve the conflict,” Obama said. “But we want the Assad regime to understand that by using chemical weapons on a large scale against your own people … you’re also creating a situation where U.S. national interests are affected, and that needs to stop.”

So not even the fig leaves of international assent matter now.

Events since the apparent attacks with chemical substances in four residential districts of Damascus last week bear all the marks of a disgraceful bum’s rush. Given that the cruise missiles the Obama administration is about to send into Syria will bear the chalk signatures of every American, like a World War II bomb, we are the chumps of the piece (once again, that is). This is a shared responsibility. It makes us complicit.

The fabrications and duplicity put before us as Washington prepares to “respond” to the latest savagery in Syria are so strangely formed that it is hard to follow the bouncing ball. The Obama people have changed their story diametrically before our eyes, casting aside all consistency, self-evidently making it up as they go along. And it is the same story recited countless times before. Maybe it is the only story Americans can articulate or grasp—a disturbing thought, but one begging consideration at this point.

Stories require media, of course, and there they are, on the case in the Syrian crisis and delivering the goods with irresponsible single-source stories dressed up as responsible multiple-source stories. When was it that journalists began thinking of themselves as national security operatives? It is getting unbearable, this errand-boy act in the face of power. If journalists did their jobs properly we would get into fewer messes such as Syria and would be more nationally secure. As it is now, the press is a defective piece in the democratic mechanism.

Instantly after news of chemical weapons and fatalities arrived last week, Washington and its allies began clamoring for Syrian President Bashar al-Assad to allow a team of U.N. inspectors to examine the sites in question. It absolutely had to be. Nothing else would do. We read this.

Within 48 hours, the Obama people asserted that any such scrutiny was beside the point. When Assad gave assent to the U.N. team’s visit, which was not much delayed given the shelled zone is a battlefield, he was “too late to be credible.” All the evidence would have “degraded,” as we also read.

Too late? Degraded? The U.N. team is one of experts. They are in Syria to examine sites where chemicals were allegedly used months ago and would not be there if the question of degradation were authentic. This we did not read, with one exception. On Wednesday the New York Times’ science correspondent, William Broad, had the integrity and sense to cite non-government sources—Yikes!—to point out that chemical agents used in weaponry do not dissipate for a woefully long time. Skeptics can ask the Vietnamese.

The Broad piece got the bottom of page eight. As I.F. Stone once said of the Washington Post, the paper is always a kick because you never know where you will find a front-page story.

By early this week, if you can take this in, U.S. officials were privately urging the U.N. to abort the mission in Syria. Washington had plainly decided by this time that evidence was not quite the thing. We did not read this, either—not in an American publication.

We come to the Mack truck Obama’s people want to park unnoticed in the driveway. “Evidence” of chemical weapons use, even as Obama’s people dodged from any, quickly became “undeniable” (Secretary of State Kerry), a matter of “no doubt” (Vice President Biden), and many other forcefully stated things. This language we read in abundance—and with no decent, professional scrutiny on the part of those conveying it.

And did you notice? Evidence of use became evidence of the Assad regime’s use. This is the trump suit in the game. No mention by any U.S. official that responsibility may lie with the awful-as-Assad insurgents. And of course one could not read of this prospect in U.S. newspapers or hear it from U.S. broadcasters. An indefensible lapse in logic also goes unnoted. I honestly cannot figure how dumb we are supposed to be.

We are promised incontrovertible evidence of Assad’s guilt in the course of Thursday. Needless to anticipate. In wars of imagery and spectacle, variants of the above-described routine are frequently rehearsed. Think yellowcake, or Colin Powell at the United Nations, or Judith Miller’s “metal tubes” or “mobile weapons labs” in Iraq so eagerly reported by the New York Times.

I aired my suspicions that the insurgents might well be the culprits in this space last week. I stand by these thoughts times two.

Assad’s opponents do not possess supplies of sarin gas or other chemical agents, it is suggested.

Rubbish. Not so by a long way. And they have behaved as savagely as anyone in Assad’s army.

The rebels could not be capable of mounting an attack of the scale apparent in Damascus last week, we are also advised.

The defensible position is that of the Russians and responsible elements within Britain: They want a proper investigation and propose we all abide by it.

Carla del Ponte, the noted investigator of war crimes and a member of the U.N. inquiry on Syria, asserted in May that there was sound reason to examine whether the insurgents were responsible for an obscenity in Syria at that time involving sarin gas. The U.N. human rights investigator said that, “According to the testimonies we have gathered, the rebels have used chemical weapons, making use of sarin gas,” adding that her commission’s best understanding of the facts was that “sarin gas has been used … by opponents, by rebels, not by government authorities.”

She was tarred and feathered, as our media are versed at doing in the best American tradition.

But Obama appears determined to circumvent the U.N. regardless of what its investigators suggest. On Wednesday Britain advanced a resolution in the Security Council calling for intervention, but this was pro forma. The Security Council is composed as it is so that alternative worldviews are properly represented. Obama honors alternative worldviews as much as George W. Bush treasured them. So no U.N., not with a veto in the offing from Russia, a Security Council member. Better to go lawless again, and that is the word to bear in mind as the fireworks display unfolds in the coming days.

In the run-up, there is some piling on. We have once again the crummy “coalition of the willing” junk, familiar from the Iraq war: There are the batboy British, the flimsy resistance of Labourites notwithstanding, and the uncertain France of François Hollande, and Angela Merkel’s Germany (complicated motives there), and of course Benjamin Netanyahu’s Israel, which is (on the record) eager to regionalize the Syria question so that Iran can be bombed. I have previously identified Bibi as the most dangerous man in the Middle East, and he earns the title once again.

The Arab League says no. The European Union says no. Even NATO equivocates as of this hour. Take it apart. Most of humanity is not on board for this adventure in theater.

I conclude with what I consider the caker, the preposterous-news- of-the-week prize, even if we cannot read about it in our country but online.

“The bulk of evidence proving the Assad regime’s deployment of chemical weapons—which would provide legal grounds essential to justify any western military action—has been provided by Israeli military intelligence.” That would be the reliable folk at Mossad. The quotation comes from the Guardian, which simply reported on a report in a German magazine called Focus.

My goodness. Send in the clowns. They’re already here.