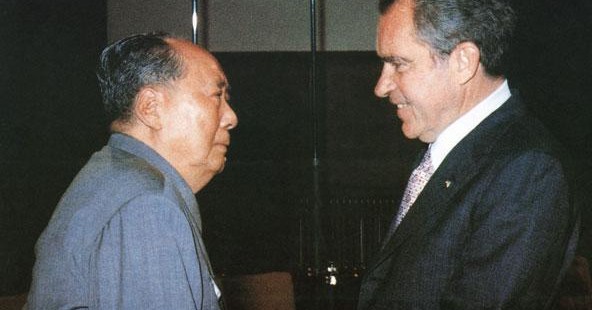 America’s sluggish insistence that China remains a security threat as opposed to a powerful economic reality is leading to lost opportunities. Not quite four decades after Nixon visited Mao, the U.S. is still reluctant to see an emergent China for what it is: a waking giant, ambitious for itself and jealous of its sovereignty, but no more so in either case than any other nation.

Take a look at the invitation to a conference called “The Future of the RMB in Global Trade and Finance” (the renminbi being another term for the Chinese yuan) that the China Policy Institute in London recently sent out. Here are some snippets from the conference’s agenda:

It’s dry but forward-looking stuff. I would have liked to attend, but partly because the dollar is so weak, even a few days’ spending in sterling seems beyond reach. The really bothersome part, however, is that you have to go all the way to London to hear people talking about the yuan and its sudden emergence as a contender for global-currency status.

It is further evidence that Americans are dozing at the wheel when it comes to China. Skate around the Internet and the big think tanks, and you find we’re still talking about China’s “geo-strategic” ambitions in the Pacific (which are nothing as ambitious as many policy people think) and the new thaw in relations between the mainland and Taiwan (which is three years old now). We’re out of phase, still fighting old battles. China as some kind of military threat is simply no longer an interesting subject. It’s yesterday.

Not many of us may recall the Hainan incident a decade back, but it was the moment Washington’s behind-the-times stance toward China came into painful focus. In March 2001, two months after George W. Bush went to the White House, China intercepted an American plane loaded with surveillance gear and forced it to land on Hainan, an island off the mainland’s southern coast.

What in the world U.S. spies were looking for at the edges of Chinese air space was anybody’s guess. But it was instantly plain that Washington had a policy that was far too tilted toward Cold War military and defense priorities. At the time, we had a general as Secretary of State (Colin Powell) and a Vietnam War hawk as Defense Secretary (Donald Rumsfeld). For good measure, an admiral was then ambassador in Beijing, and the man managing the incident on the ground in Hainan was a brigadier-general.

Americans were chastened in the weeks of diplomacy that followed the forced landing on Hainan. The incident exposed an inexcusable failure of vision on America’s part, and the tone and balance of the Washington–Beijing relationship was subtly altered.

True enough, Washington has improved the approach since those days. Last Thursday, the Senate confirmed Gary Locke, Obama’s Commerce Secretary and the son of Chinese immigrants, as the new ambassador in Beijing.  But history is hard to outgrow. By my rough estimate, the lag in U.S. thinking on China amounts to three to five years. And considering how fast China is advancing, presenting the world with one chance after another to partner with it, half a decade is a long time to fool around with games such as “crisis simulation.”

The reality is that Washington doesn’t have a China policy—and hasn’t since the post–Mao thaw. (Anyone who can describe it is invited to use the “comment” box and tell the rest of us what it is.) Instead we have a list of things we would like China to do. We want Beijing to stop doing business with Iran, for instance, and we want the Chinese to become voracious consumers in the American fashion. But neither of these desires is realistic because there is no overall policy framing them.

Fair enough, the economic ties are extensive, and Locke is likely to deepen them. But they seem now to have more to do with the ambitions of 18th century merchantmen sailing the Pacific in search of Chinese treasure than with 21st century opportunities. Americans want to sell into the Chinese market and have access to China’s inexpensive labor pool. They are pretty two-dimensional aims in a multi-dimensional global economy.

A few weeks ago, Singapore announced that it wanted to make itself a center in the about-to-be market for trade in offshore yuan. Singapore was an early signatory to the concept of “Greater China,” which is meant to leverage the overseas Chinese communities in Southeast Asia and elsewhere. Anyone who knows the East would know that Singapore would disclose no such intention without Beijing’s blessing. It was an obvious smoke signal.

Why have Americans missed this? To my knowledge, nobody on Wall Street or anywhere else in the U.S. has given even cursory thought to the momentous matter of the yuan’s emergence. The U.S. has been cajoling China to liberalize its currency for years. Now that it is doing so, we seem, once again, unprepared to respond.

← Maybe We’re Not So Dependent on China
Greek Debt: How Much for the Acropolis? →